“Pursue what you may not expect”: Tips for Screen Music Composers from Danny Jacob

In our recent interview with three-time Emmy nominated composer Danny Jacob, he mentioned a few tips to keep in mind as a screen music composer. Danny has a background as the featured guitarist for the world tours of major recording artists like Tower of Power, Chaka Kahn, Bette Midler and George Michael.  He also worked as the featured guitarist with Harry Gregson-Williams and John Powell on the Academy Award winning ‘Shrek’  and numerous other projects. He was the song producer and composer for Disney’s hit TV series Phineas and Ferb from 2007 through 2015.  Currently Danny is the composer and song producer for the brand new Disney TV series Milo Murphy’s Law, and is the song producer of Sofia The First, Elena of Avalor and the upcoming animated series, Tangled.

Danny’s advice for breaking into the entertainment industry:

Pursue what you may not expect 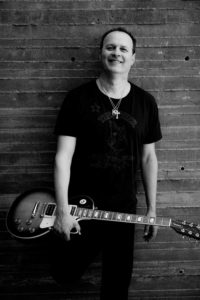 Some composers know at a young age they want to be a composer and then go to a film scoring program like that at the Berkelee School of Music. And some composers are like me: My goal was to be a successful guitar player – and I was. I didn’t think much beyond that. But sometimes the universe just gives you an opportunity. Be open to pursue what you may not have originally expected.

Then knowledge is power. I have a really good ear and so, when it comes to the orchestra, I was able to employ the same techniques as when I listened to a pop-song. I started to get better when I looked at scores and really studied them. If you want to be a composer, start tearing apart scores and falling in love with them. Then learn to be versatile.

Being a composer is more about being versatile and also making your boss happy. You’ve got to give your boss what he wants. If you do that, then you’ll be able to live another day and you’re going to keep getting better.