There are few experiences as sublime and captivating as attending a symphony orchestra concert. While concert audiences tend to center their attention on the orchestra’s conductor, very few have a genuine understanding what the conductor’s movements mean. A common misconception is that the orchestra’s conductor is just there to keep time with the music; however, there are series of complex movements used to draw out an emotionally moving performance of the musical composition.

Hopefully demystifying the conductor’s many gestures and movements will open the door to a greater understanding and appreciation of the symphony orchestra performance and how the conductor creates his magic.

When seeking an understanding of a conductor’s movement, it is important to keep in mind the fact that the conductor’s job is to bring life to a musical score. Mastering the skill is why many spend years studying the nuances of orchestra conducting. The easiest way to learn the meaning behind various movements is to divide them into two groups: right-hand movements and left-hand movements. 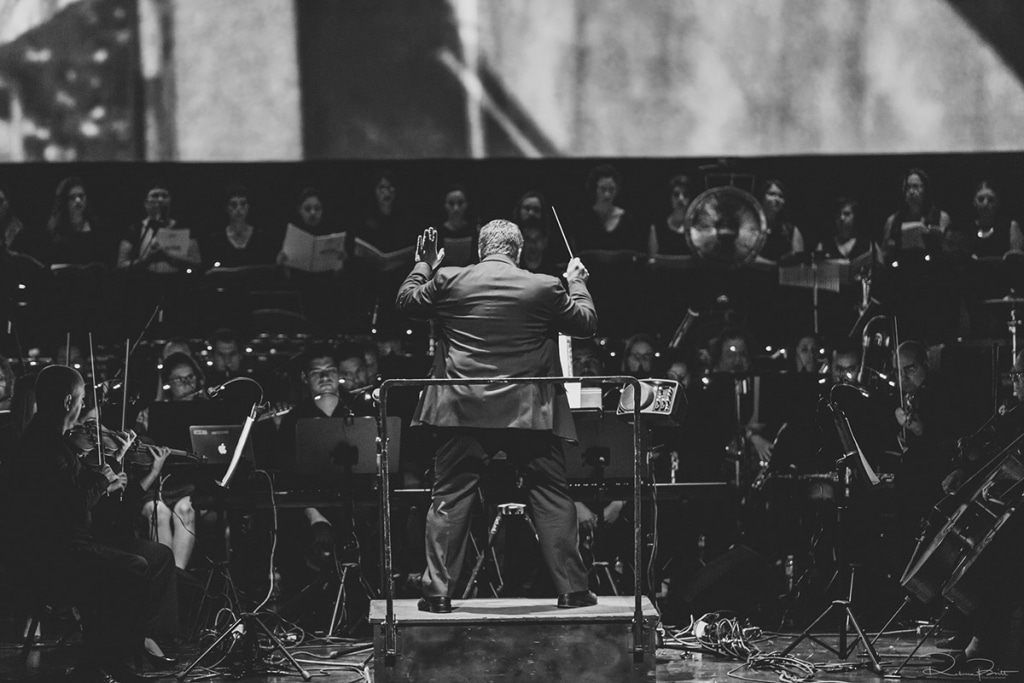 Right-hand dominant conductors hold the baton in their prevailing hand and use the rod to manage the tempo of the music. Through minutely detailed changes the conductor adds poignant facets to the score. An upward motion with the baton prepares the musicians for the coming downbeat. The conductor signals the real down beat by moving the rod downward. How subtly or drastically the conductor moves the baton controls the mood the music makes. To adjust the tempo, a conductor will use the baton to make a series of similar, yet much smaller, movements. Some conductors do not use batons, but instead, they rely on movements of their hands and fingers to guide the orchestra.

The orchestra conductor’s left-hand serves several purposes. It gives musicians prompts regarding when a section should enter the piece or when to exit a piece, to do this the conductor uses his index finger to point directly at the person or section he wishes to guide. The left hand’s gestures serve to phase out certain musical movements; the conductor accomplishes this by moving the left hand in and then closing the thumb and the fingers. The conductor’s speed and intensity influence the speed and strength of the musicians. To get steady, smooth sounds, a conductor will flatten his hand with the palm facing downward. If the musicians should suddenly cut off the music, the conductor will cup his hand and make a fast downward motion.

Seeing the exchange between an orchestra and its conductor is similar to watching a carefully choreographed dance. It is a beautiful sight to see.

Read also:  Christian Schumann and the world of Conducting

About the Author: John Jesensky is a gifted conductor, composer, and screenwriter who completed his undergraduate studies at the Hartt School of Music before doing graduate work at New York University. Jesensky’s present work focuses on producing feature-length film scores. Live orchestra recitals then use Jesensky’s scores. At the moment, John tours the world with Harry Potter Live in Concert – we spoke with him after his Berlin concert.