CHASING CORAL – ORIGINAL MOTION PICTURE SOUNDTRACK has been released exclusively for one week on iTunes and Apple Music on Zero Emissions Day, September 21st, and on all other music streaming platforms on September 28th. The album features the original score by Dan Romer (The Little Hours, Beasts of the Southern Wild) and Saul Simon MacWilliams (Gleason, Becoming Warren Buffet), as well as an original song written by Dan Romer and Teddy Geiger called “Tell Me How Long,” with vocals by Kristen Bell (Frozen). CHASING CORAL – a Netflix Original Documentary – launched this summer to critical acclaim winning the Sundance Film Festival Audience Award.

Before scoring the film, the duo determined that audience members should feel sonically connected to the oceanic atmosphere. In an effort to replicate the sound of an underwater world, many of the instruments were recorded through an underwater microphone in Saul’s hot tub.

Dan and Saul initially developed a unique sound library and then orchestrated and recorded the score with this palette of sounds. First, Saul and Dan recorded cellos, guitars, wine glasses, and various instruments in the studio. Then they played back the recordings through an underwater speaker and re-recorded these sounds with the hydrophone. Other instruments, such as Saul’s voice, the guitar, and the percussive elements were recorded live in their studio.

But Dan and Saul aren’t just the musical voice of this film – they also believe and advocate for its message deeply. They will be donating soundtrack proceeds to CHASING CORAL’S impact campaign focusing on increasing awareness of coral bleaching and growing support for the transition to clean energy.

Watch the official “Tell Me How Long” music video below:

“Over three and a half years, our team set out on a mission to reveal an important story hidden beneath the waves. We went to far-reaching corners of the planet, working with divers, photographers, filmmakers and scientists, all to be able to document the impact that warming ocean waters are having on the world’s coral reefs. The result: CHASING CORAL — a story sharing visual evidence of what is now acknowledged as the largest global coral bleaching event in history. We hope this is both a celebration of our ocean’s beauty and an urgent wake-up call to citizens, scientists, businesses and policymakers.”
– Jeff Orlowski & Larissa Rhodes (The Filmmakers)

Experience the film and support the film’s impact campaign at: ChasingCoral.com

Dan Romer is an award-winning film composer, songwriter, and music producer based in Los Angeles.  Romer has scored the following films: four-time Oscar-nominated Beasts of the Southern Wild, Digging For Fire, Finders Keepers, Gleason, Beasts of No Nation, Chasing Coral, The Little Hours, and Emmy-winning Jim: The James Foley Story. In addition to his film and TV composing work, Dan has produced several worldwide hit singles for numerous acclaimed artists including A Great Big World and Christina Aguilera’s, Grammy winning “Say Something,” and Shawn Mendes’ “Treat You Better.”

Saul Simon MacWilliams is a Los Angeles based film composer, producer, songwriter, and music sound designer from York, Maine.  He’s a graduate of the Conservatory of Music at Purchase College and has produced and written music with numerous recording artists such as Chris Garneau, Joy Ike, A Great Big World, and Ingrid Michaelson, whom he also tours with as her multi-instrumentalist and music director.  As a film composer and music sound designer, Saul has worked with composer and producer Dan Romer on films including Beasts of the Southern Wild, Digging for Fire, Finders Keepers, Mediterrania, and as the music sound designer for Beasts of No Nation. Saul co-scored the Emmy winning documentary Jim: The James Foley Story as well as Amazon’s Gleason, which took the 2016 Sundance Audience Award, and in 2017 scored HBO’s Becoming Warren Buffett. 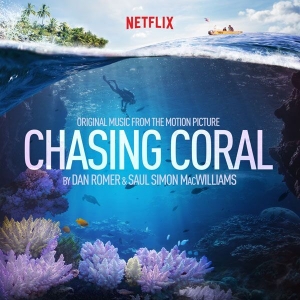